The BCD Parent Education Series offers free, public presentations designed to help parents navigate their roles and responsibilities in the face of an increasingly complex world. Speakers and topics are selected based on current relevance to children and parents. Past topics include: Media and Internet Safety, Understanding the Gifted & Talented personality, Healthy Eating Habits, and Anti-Bullying.

Most events are open to the public and all are free or require a minimal fee. Please review the schedule below and come join us.

This Is Not Who We Are - February 15th 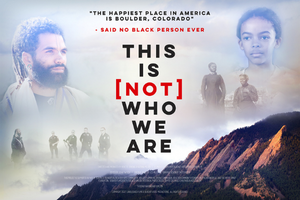 This event will include a screening of the film This Is NOT Who We Are followed by a Q & A session with the film's director.

This event is free and open to the public.


Boulder, Colorado, prides itself on being beautiful, welcoming, and inclusive. However, in 2019, racially-charged and dangerous policing involving a Black university student made national news. The documentary film, This Is [Not] Who We Are, explores the gap between Boulder’s self-image and the more complex lived experiences—both historical and contemporary—of its Black citizens.
Black people have lived in Boulder continuously for nearly 150 years, but their history is not well known. Black families faced discrimination in housing, employment, education, health care, criminal justice, and social activities. By the 1920’s, Boulder had become a rallying point for the Ku Klux Klan. In the 1970s employment and housing opened up, but many problems remain. Although the particulars of Boulder’s history are unique, its social trajectory into the 21st century is nevertheless emblematic of many cities across the country that struggle to reconcile their liberal politics with the reality of their communities.
This is [Not] Who We Are braids the lived experiences of Black characters ranging in age from 12 to 78. Some stories are searing, while others are hopeful. The film seeks to open a space for dialogue among Boulderites and about cities like Boulder, overwhelmingly white, wealthy, and conflicted about issues of diversity, inclusion, and equity. Is a more economically and racially diverse future possible, both in Boulder and in cities like it across America?

Dr. Lisa Damour will offer us guidance, strategies, and tips on untangling family life in this increasingly chaotic world.

Dr. Damour is the author of two NYTimes bestsellers, Under Pressure and Untangled.

Video of Dr. Dan Siegel's presentation on the Adolescent Mind.

Find us in Boulder, CO